Anyone out there , that is !

2012 was A FABULOUS YEAR all around for me , personally & in being in the marketplace.

As one might be able to tell here, I haven't crafted at all since my last June 2012 projects.
At around the same time my 5 year old Canon photo printer totally broke down , my home pc which I use to upload pics from my Canon DSLR also had issues. Technology has a way of getting in the way of craftin',just sayin'.
More than anything else returning to the marketplace simply did not leave me with much time to scrap or for cardmaking.
But that doesn't mean I have forgotten about my crafty blogging friends ,
who have made my days bright and inspired
these past 5 years especially !
Do stay in touch via Facebook if you haven't added me as friend yet
http://www.facebook.com/pearl.liu2

In the meanwhile I have started another blog to collect & share quotes & pics to inspire
http://youandsoultions.blogspot.sg/
while waiting to get back to crafting eventually.


-state of bearing fruit.enjoyment, as of something attained or realized.


attainment of anything desired; realization; accomplishment.

It is inspired , in part , by my move to a penthouse duplex unit in a condo of the same name !
Seen here , that's my unit on the uppermost floor - my move should be completed not later than mid Feb! woohoo! I have an awesome city view there from the master bedroom terrace.
Unlike where I currently live , which is a single storey house.

Here's wishing each & everyone one of my blogging friends
a bigger and greater 2013 !
May it be your best year yet !

Posted by Pearl at 6:34 AM 2 comments
Email ThisBlogThis!Share to TwitterShare to FacebookShare to Pinterest
Labels: 2013, olw 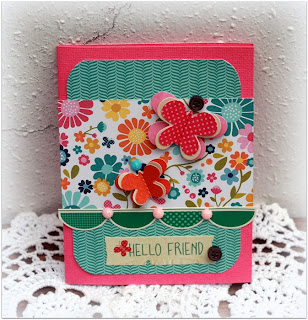 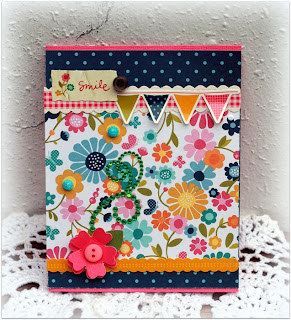 Posted by Pearl at 2:22 AM 6 comments
Email ThisBlogThis!Share to TwitterShare to FacebookShare to Pinterest

May flowers with Pebbles 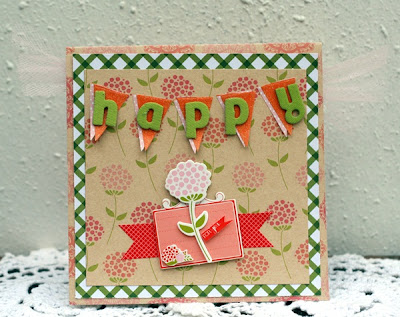 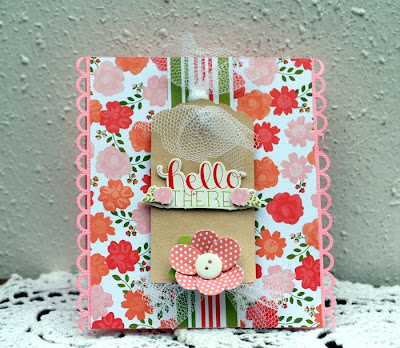 "For this month's floral assignment, I took inspiration from the Country Picnic collection choosing to focus especially on mixing and matching floral papers and embellishments. For a fun touch,  I added some pink and white tulle used in different ways on the two cards. And viola, more cards added to my stash for every ready for those special moments to celebrate."


Posted by Pearl at 3:55 AM 4 comments
Email ThisBlogThis!Share to TwitterShare to FacebookShare to Pinterest

Free for all project for Pebbles 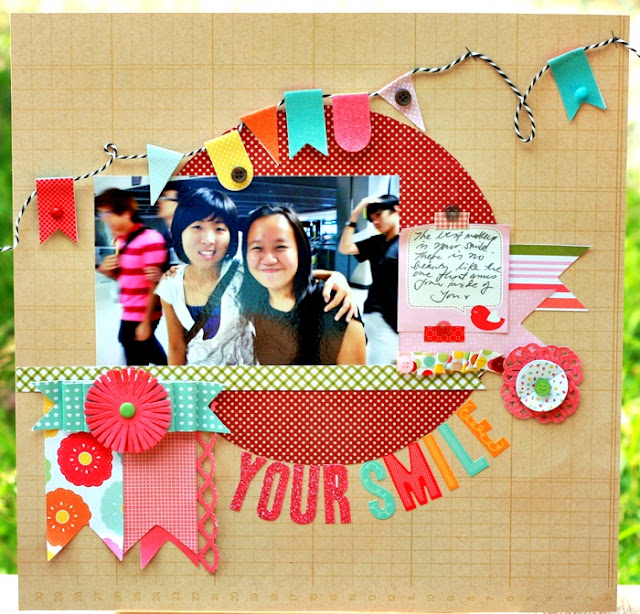 "My favourite Pebbles collection to scrap my teenage girl has got to be Hip Hip Hooray.   I had fun mixing it up with some Country Picnic and With Love for this layout.  I love the cheerful, fun and bright colors and patterns together which help to capture my girl's personality.  I also tried using the twist tie embellishments in a different way here - ruffling it up to add some dimension."

Pebbles' Inc Whip It up Project 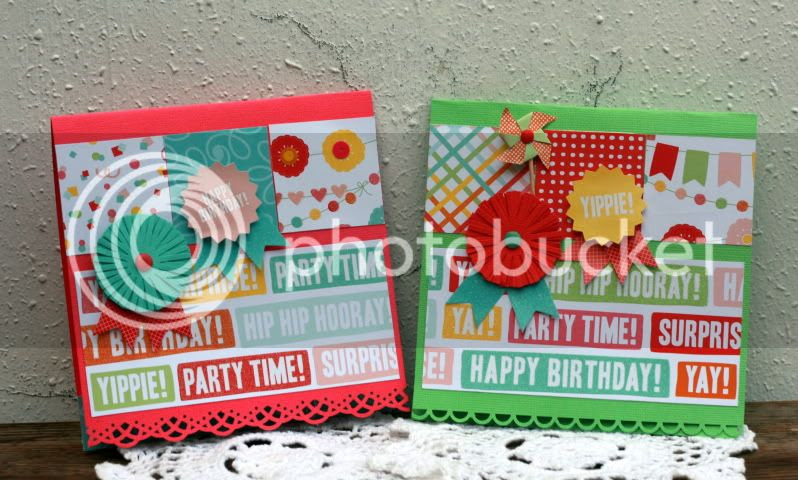 "Birthday cards are always in demand in my household. The Hip Hip Hooray line is definitely perfect for whipping up quick birthday cards for teenage gals and guys in my kids' lives. I used the same card design here to create both a feminine and a masculine square 6x6 card to save on time, switching out different embellishments to add to the boy or girl theme.  I also tried making my own medallions using the Banner kit for the ribbon tails and dimensional flowers or embossed stickers for the medallion." 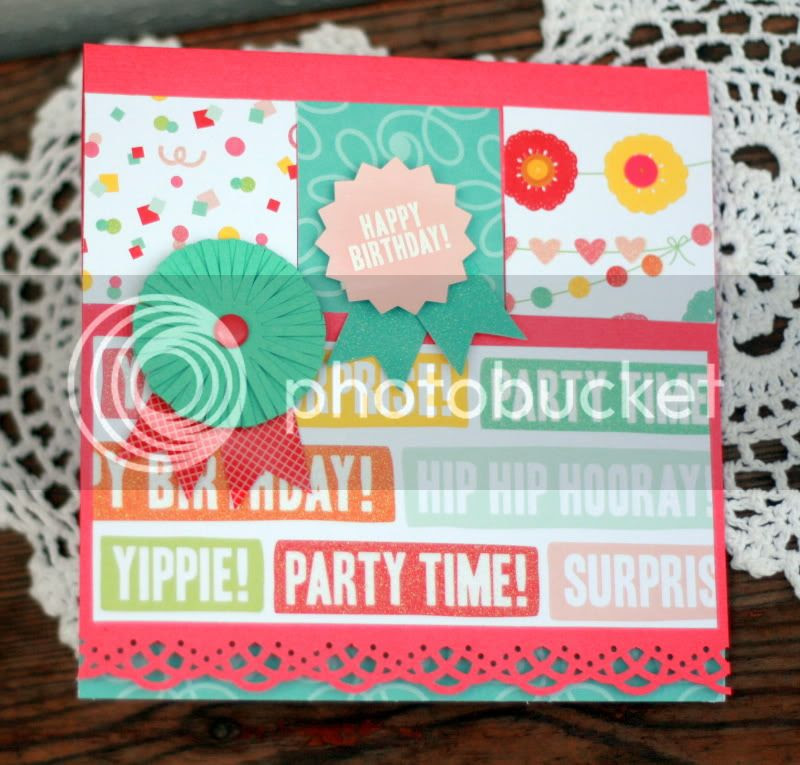 Posted by Pearl at 3:42 AM 4 comments
Email ThisBlogThis!Share to TwitterShare to FacebookShare to Pinterest

MLSB - Up in the tree projects 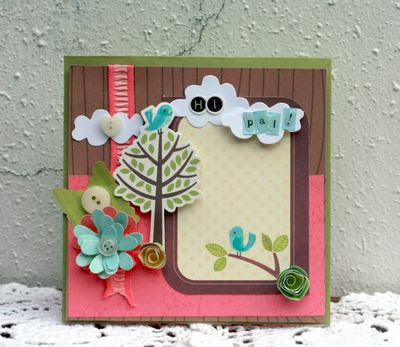 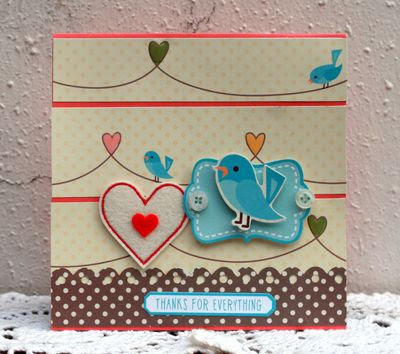 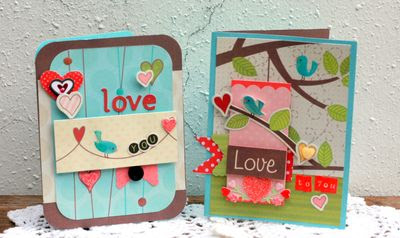 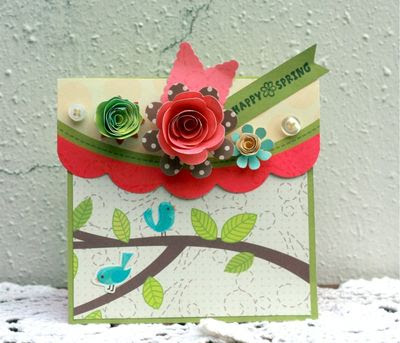 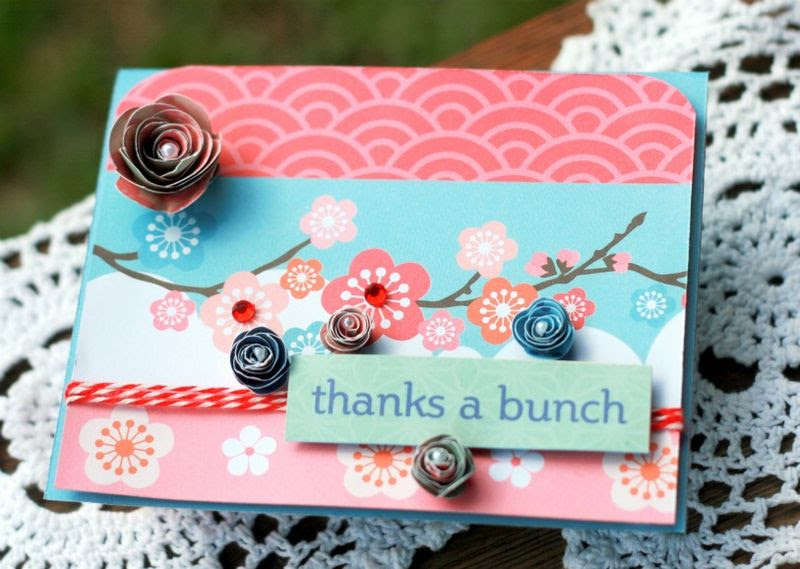 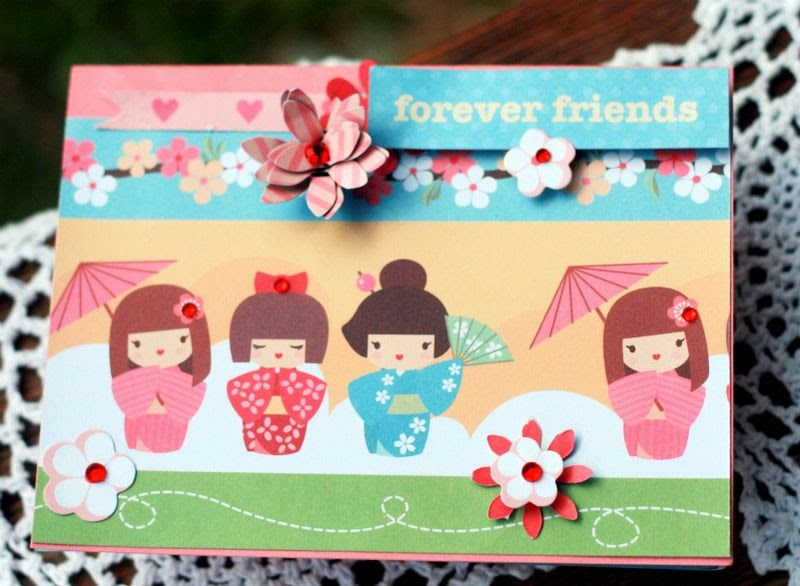 Sharing some adorable patterns from the Aiko line on these cards.
The latest MLSB DT has been announced
& I spy some scrappy pals & familiar names on that list !
Way to go , grrlls ! You're all gonna rawk MLSB ! ;)
Posted by Pearl at 4:34 AM 5 comments
Email ThisBlogThis!Share to TwitterShare to FacebookShare to Pinterest
Older Posts Home
Subscribe to: Posts (Atom) 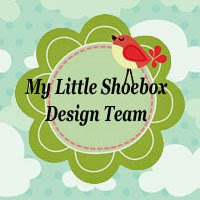 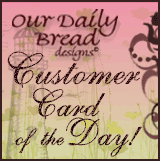 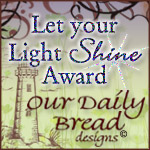